You are here: Home / Books You Should Have in Your Library / How Should We Then Live? (2)

Francis Schaeffer on Separating Heaven and Earth in the Middle Ages 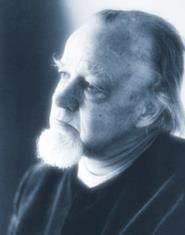 One thing that echoed in my head while reading this chapter was the fact that, in the biblical account, human beings are uniquely made. We are created as a creature embodying the merge of spirit and material, heaven and earth. No other creature has this composition of “body and soul,” but are either one or the other.

As such, biblical Christianity recognizes the weight and beauty of both heaven and earth. Both have been declared good by God. (Gen. 1). This is expressed culturally in our art, philosophy, etc. In this chapter, Schaeffer gives a brief overview of the Middle Ages and the emphasis on the “ideal,” or the imagined spiritual, as opposed to the “real.”

A parallel can be drawn between the “living” quality of this early Christian art and the living Christianity of the early church. Leaders like Ambrose of Milan (339–397) and Augustine (354–430) strongly emphasized a true biblical Christianity. Later in the church there was an increasing distortion away from the biblical teaching, and there also came a change in art.

The minuses [of mosaics and icons in the Byzantine Period] were that in the portrayal of their concept of spirituality they set aside nature and the importance of the humanity of people.

A humanistic element was added: increasingly, the authority of the church took precedence over the teaching of the Bible. And there was an ever-growing emphasis on salvation as resting on man’s meriting the merit of Christ, instead of on Christ’s work alone. While such humanistic elements were somewhat different in content from the humanistic elements of the Renaissance, the concept was essentially the same in that it was man taking to himself that which belonged to God. Much of Christianity up until the sixteenth century was either reaction against or reaffirmation of these distortions of the original Christian, biblical teaching.

These distortions generated cultural elements which mark a clear alternative to what we could otherwise call a Christian or biblical culture.

Mixture of Pagan Thought with Christian Thought Is Not an Advantage

Syncretism has always been a struggle for the Church. Once compromise is made, it sticks in one form or another.

But if a robust Christian faith could handle non-Christian learning without compromising, it was all too easy for Greek and Roman thought-forms to creep into the cracks and chinks of a faith which was less and less founded on the Bible and more and more resting on the authority of church pronouncements. By the thirteenth century the great Aquinas (1225–1274) had already begun, in deference to Aristotle (384–322 B.C.), to open the door to placing revelation and human reason on an equal footing.

These compromises affect the way that we view the world and, thus, how we portray it.

During the change from the Romanesque to the Gothic, Mariology began to grow in the church. The Romanesque churches were not dedicated to the Virgin, but the Gothic churches of France were overwhelmingly dedicated to her. Here again we see and feel a growing tension: the birth pangs of the Middle Ages were characterized by an awakened cultural and intellectual life and an awakened piety. Yet at the same time the church continued to move away from the teaching of early Christianity as distortions of biblical doctrine increased. Soon European thought would be divided into two lines, both of which have come down and influenced our own day: first, the humanistic elements of the Renaissance, and second, the Bible-based teaching of the Reformation.

As a result of this emphasis, philosophy was gradually separated from revelation—from the Bible—and philosophers began to act in an increasingly independent, autonomous manner.

Whereas biblical Christianity sees all of life as a unified whole in its diverse parts, pagan thought attempts to compartmentalize. Once separated, that compartment of life can be further destroyed because there is no anchor to serve as a corrective. It is simply divide and conquer.

Beginning from man alone, Renaissance humanism—and humanism ever since—has found no way to arrive at universals or absolutes which give meaning to existence and morals.

In only Christ alone can we find the universal absolute that gives “meaning and existence and morals.” We were created to be that hybrid creature combining the spiritual and material in our very being. Through the Fall, that unity was corrupted and distorted. But, because of the finished work of Christ, God’s eternal plan to “unite all things in Him, things in heaven and things on earth” (Eph. 1:10), has been accomplished. By trusting in His finished work, we have the hope of being restored in His image, reflecting the perfect unity of spirit and material, heaven and earth.